WHAT IS EXERCISE-INDUCED BRONCHOCONSTRICTION (EIB)?

Exercise-Induced Bronchoconstriction (EIB) is the same as Exercise-Induced Asthma and is when you experience a narrowing of the airways as a result of physical activity. EIB occurs when water and heat are removed from the lungs due to the rapid inhaling of dry air. EIB can also be triggered by air pollution when running outside or chlorine when swimming.

WHAT ARE THE SYMPTOMS?

Symptoms include shortness of breath or wheezing, tightness in the chest, cough, sore throat and nausea.

HOW IS IT DIAGNOSED?

Your Gateway Asthma & Allergy Relief doctor may use a spirometer, a device that measures the total amount of air being inhaled and exhaled to determine your breathing efficiency before, during and after exercising. You may need to modify your exercise routine if environmental factors are causing your EIB. Hockey players and ice skaters have developed EIB from chemicals used in ice-resurfacing machines, and swimmers have developed EIB from indoor pool air that has high amounts of a chemical used when chlorinating a pool.

WHAT ARE THE TREATMENT OPTIONS?

Treatment options include short- or long-acting bronchodilators that either immediately stop or prevent symptoms for 10-12 hours. Inhaled corticosteroids or leukotriene receptor inhibitors may be prescribed for long-term symptom relief. Visit your Gateway Asthma & Allergy Relief doctor if you think you might have EIB. 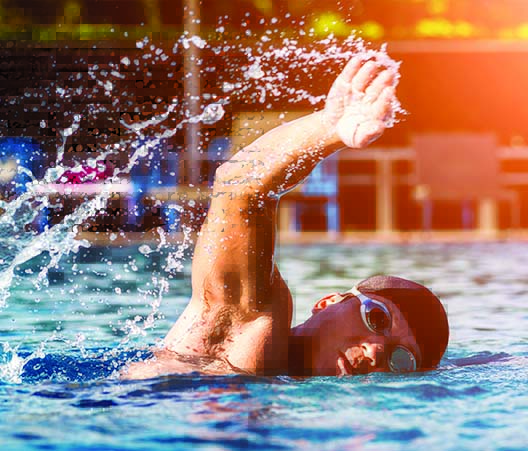